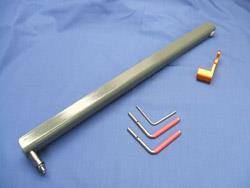 Kit of 5 specialty tools for changing the timing belt on TDI® Engine with codes CBEA, CJAA, and CKRA. Chassis include 2009 thru and including 2014 Audi® and VW® Jetta®, Golf® and Sportwagen® TDI with 2.0 liter engines. The grey colored Sprocket Buster™ was a special design (P/N MNRAIL) released in Feb 2012 for use on the common rail engines. If you have an older blue or green-handled Sprocket Buster™ and want to update it for common rail usage, see the MNRUKT.

This Common Rail kit will also work on the earlier PD-type TDI engines BEW and BHW and BRM introduced in 2004. You may need to unscrew the mini-pins from the grey sprocket buster if they get in the way when working on the BRM engine. 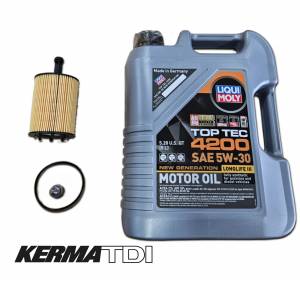 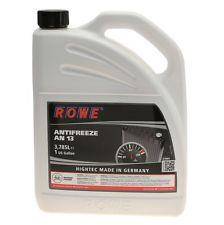