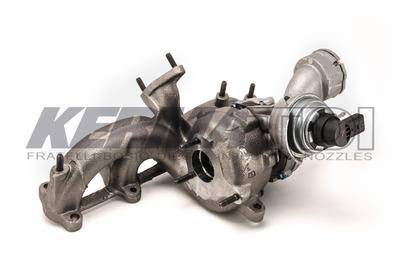 BEW version of the European PD 150 turbo. Long proven to be more reliable than the stock KP39 turbo; and can reliably produce >150 whp with the necessary supporting mods and tuning.

The KP39 also suffer from actuator failure and the Smart Actuator is impossible to find. [ although we do have some options for the KP39 ]

The replacement EGR pipe allows a VNT 17 BEW, 1722, 1726 and S7 install to be truly plug and play . The special EGR cooler pipe connects to the exhaust manifold on Mk4 cars with the BEW engine code ('04-06) when installing an upgraded Garrett (VNT 17 BEW, 1722, 1726) or Borg Warner (S7) turbo to replace the stock KKK turbo. This pipe allows you to keep your EGR cooler without having to modify the stock pipe.

The Garrett VNT 17 also uses a Smart Actuator which we supplyand is plug and play on the BEW...but if you drive in a high salt environment and need only a new Smart Actuator replacement we carry stock of them for this turbo.

Our extensive Turbo Installation Kit is included with this turbo. Plese note that this turbo may need to be reclocked to accomdate plumbing. That procedure can be found HERE Although it says it is for the ALH it is essentially the same except the adapter is not necessary and the stock hose is hosed to the intercooler.

We also highly recommend getting our stainless braided Oil Supply Line. The original lines are prone to cracking or kinking during install or removal and these durable flexible ones make for an easier install. 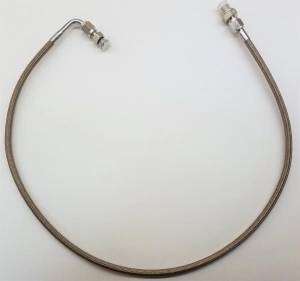 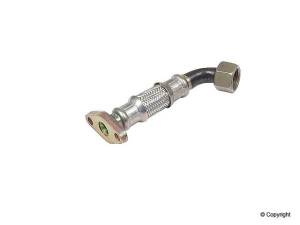