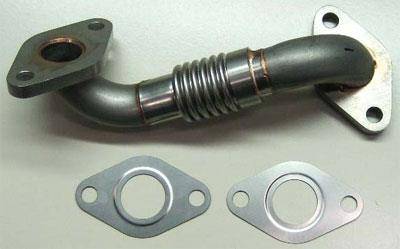 This EGR pipe allows a VNT 17 BEW, 1722, 1726and S7 install to be truly plug and play . The special EGR cooler pipe connects to the exhaust manifold on A4 cars with the BEW engine ('04-06) when installing the Garrett VNT-17 and S7 turbo to replace the stock KKK turbo. This pipe allows you to keep your EGR cooler without having to modify the stock pipe.

Some of these pipes have been known to fail because they are installed incorrectly. Please make sure you install properly. Please see the write-up below from one of our techs:
EGR cooler assembly is attached to intake manifold by:
qty 5 - fig. 8
qty 1 - fig. 15
qty 1 - fig. 17
NOTE:
3 of fig. 8 secures fig. 7 to the intake manifold.
1 fig. 8 secures fig. 15 to the manifold.
1 fig. 8 secures fig. 10 to the manifold. (not shown in fiche. This one requires the engine lift bracket on the left rear side of the cylinder head to be removed. Don't be worried, it's only 1 bolt)
Fig. 17 secures fig. 15 to fig. 10.
ALL BEW EGR coolers got tampered with; typically by junior VW dealership techs because the EGR cooler was recalled for leaking coolant circa 2008. Of all the broken lower cooler pipes we see in the shop, I think only 1 thus far had the cooler mounted properly. That outside example had 253K miles on it, owned by one of our employees.
Fig. 7 and fig. 10 are bolted together. Do not disassemble. Henceforth referred to as "EGR cooler assembly"
All of fig. 8 need to be started by hand before tightening. Fig. 17 needs to be tightened before installing the EGR cooler assembly. When I go to tighten these, I get the one you need to have the lift bracket removed to access first. 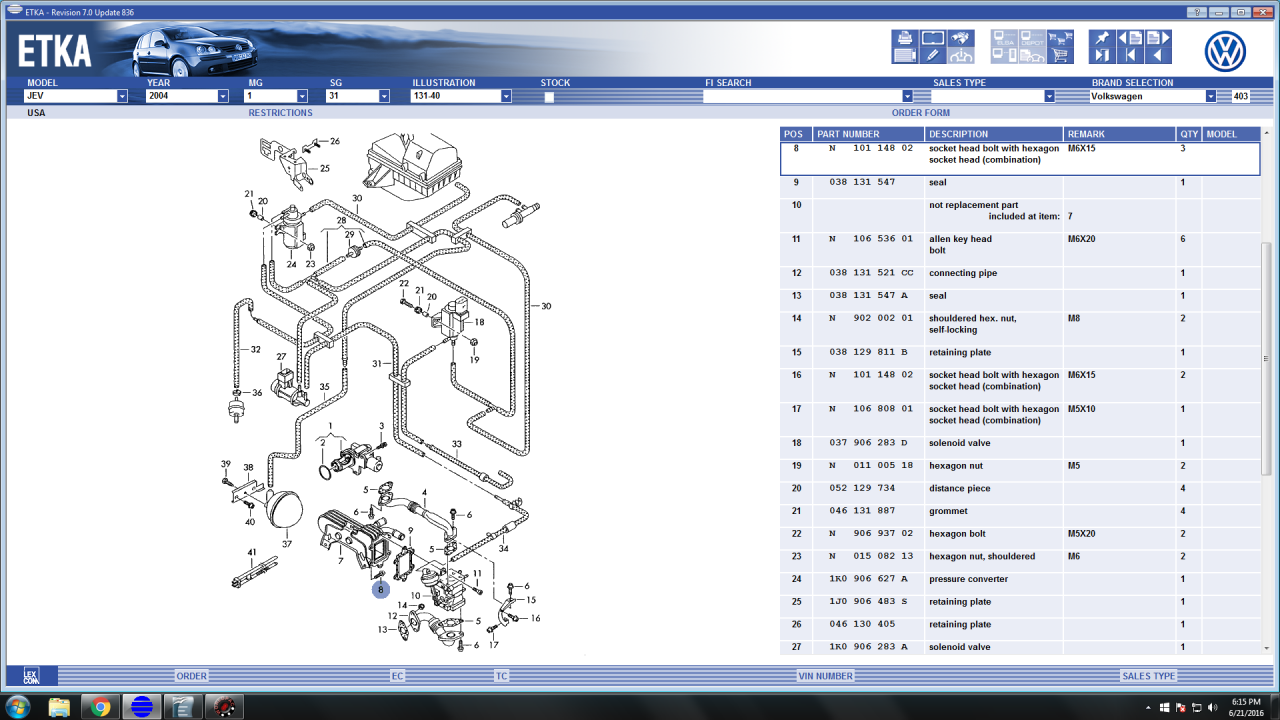 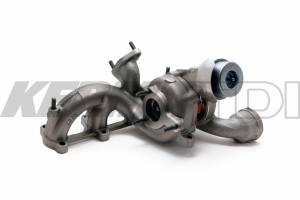 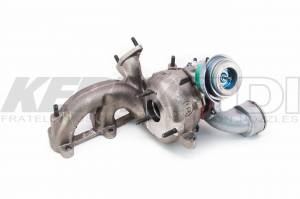