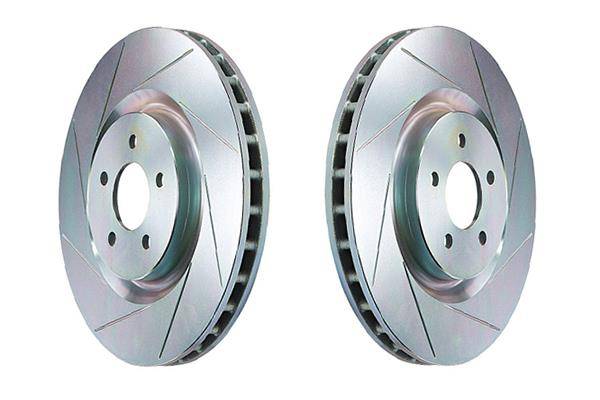 The unique conformation of Brembo Slotted Rotors ensures increased braking power during the initial stages of braking thanks to a higher coefficient of friction: the results are shorter stopping distances and more effective braking action. Furthermore, the special asymmetric grooves in the surface of Brembo Slotted Rotors expels the hot gases released by the friction material more rapidly while also indicating the degree of wear of the disc itself.